What's Up with London Breed and the Republican Party? 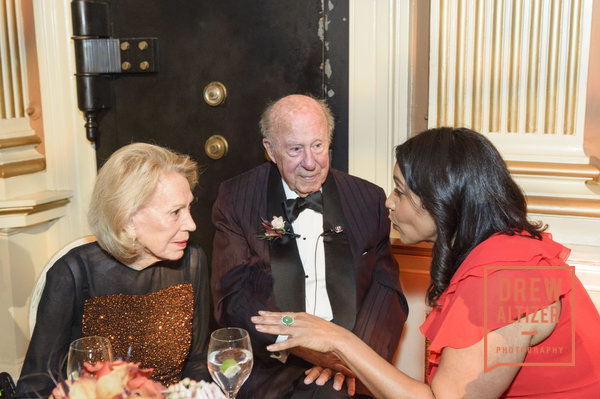 (UPDATED 5/17/18 with confirmation from Richie Greenberg.)

In case you hadn’t noticed, things are getting weird in the Mayor’s race! Our friends at the Berniecrats posted this shocking video yesterday of a KTVU report that London Breed’s campaign approached the Republican Central Committee asking them to endorse her as their second choice, but they declined.

Breed rightfully joined the other major candidates in denouncing Angela Alioto’s proposal to weaken San Francisco’s Sanctuary City ordinance, but she’s going to ask for support from our local Republican party who opposes ALL Sanctuary City policy—in addition to all of their other awful policy positions?

This is extra troubling considering Breed’s campaign just paid $9,000 to send out a fundraising letter from George Shultz, a local Republican who was Ronald Reagan’s Secretary of State and Richard Nixon’s Secretary of the Treasurer! We would love to see the distribution list of who they mailed those letters to. We bet they went to a lot of San Francisco’s 35,000 Republicans.

It’s also weird that Breed would want the Republican’s #2 endorsement after she refused the local Democratic Party’s #3 endorsement! What’s going on here?

HISTORICAL SIDEBAR FROM OUR ELDERS

Republican influence on San Francisco Mayoral elections is nothing new. The Republican Party endorsed Willie Brown back when he beat Tom Ammiano in the 1999 runoff election. Gavin Newsom gave the Republican’s $500 to get on their slate card when he ran for Supervisor back in 2000. And while they smartly didn’t endorse Gavin in the runoff against Matt Gonzalez, the SFGOP ran a phone bank and paid for a mailer for Newsom, and it’s widely believed that the 58,000 Republicans in the City at the time provided Newsom with his 14,217 vote margin of victory.

Some Breed supporters are arguing that this is an example of Breed being a “big tent” politician who wants to represent everybody.  But uhh…we’re not buying that. It’s one thing to respectfully listen to the Republican Party when you’re Mayor and try to work with them when they’re not awful.

London Breed’s campaign seemed to get that and sprang into damage control mode. The KTVU story says:

Greenberg said Breed's campaign declined to endorse him and the Republican committee also declined the request from Greiss.

The story was updated with this comment from Breed spokesperson, Tara Moriarty:

"Board President Breed never reached out to Richie Greenberg or any other candidate regarding ranked choice strategies.” Moriarty added that the staffer was found to be misrepresenting the campaign and action was taken action to prevent a similar incident in the future.

Hmmm...let’s unpack this. Nobody said that Breed reached out to Greenberg about an endorsement! What Greenberg said was a Breed staffer attended the Republican Central Committee meeting and asked for their endorsement. And Breed’s campaign seems to confirm this, but says this staffer was “misrepresenting the campaign.”

We have serious compassion for all the underpaid, overstressed campaign staffers running around the City. We understand how they can be put in a position where they can easily mess up and misrepresent something. But let’s think this through.

How the hell does a campaign staffer *accidentally* end up at the Republican Central Committee and *accidentally* ask for their endorsement?! That seems pretttty far fetched to us. So for real. Can Breed's campaign explain what their staffer was doing at the RCCC meeting if he wasn't asking for an endorsement?

HEY LEAGUE! Youre league of piss off voters, right? I lOVE your work. So, the story is FACT. I along with nearly 40 witnesses at the monthly RCCC meeting heard Clint Griess pitch Breed and ask for us to give her the #2. (ahem). Who CARES if that staffer misrepresented the campaign, IT HAPPENED, Breed tried to cover it up, WE CAUGHT them , enough of the BS from Breed campaign.

And this isn’t the first time Breed has suspiciously blamed staff error in this campaign. She told both the League and the Green Party that she supported Prop H, the Police Officers Association’s (POA) messed up, dangerous taser policy. But her campaign told the Examiner the questionnaires were “filled out improperly” and Mission Local said they claimed it was “inadvertent.”

We’re glad Breed changed her mind and decided to oppose Prop H. But we’re hella skeptical that her staff made the same mistake on the Green Party’s questionnaire, on our questionnaire, AND on a supplemental PDF they sent to us explaining their positions--especially considering how her position on tasers has repeatedly changed. (P.S. Breed's campaign never told us about this "mistake." We only heard about in the press. What's up with that?)

These questionnaires were filled out back before the POA endorsed Angela Alioto for Mayor. We suspect London initially supported Prop H in hopes it would win her their endorsement, but then she came out against it once they went with Alioto. That rings a lot more true to us than the idea that her staff would mess up on the same issue on multiple candidate questionnaires.

And when London’s campaign has already paid money to send out a fundraising letter from a prominent Republican, we’re hella skeptical that some campaign staffer went rogue and asked for the Republican Party’s endorsement on his own!

Taken all together, this sure does seem to establish a pattern of a savvy politician making power moves to win votes. But with this election looking so close, do we want San Francisco's Mayor to be decided by a few thousand Republicans? Hell no! That’s not what we’re looking for in a Mayor, and that’s part of why we’re voting for Jane Kim #1, Mark Leno #2, and Amy Farah Weiss #3. See our full take on the Mayor’s race in our Voter Guide for more on that.