SF election results: D11 is still too close to call! 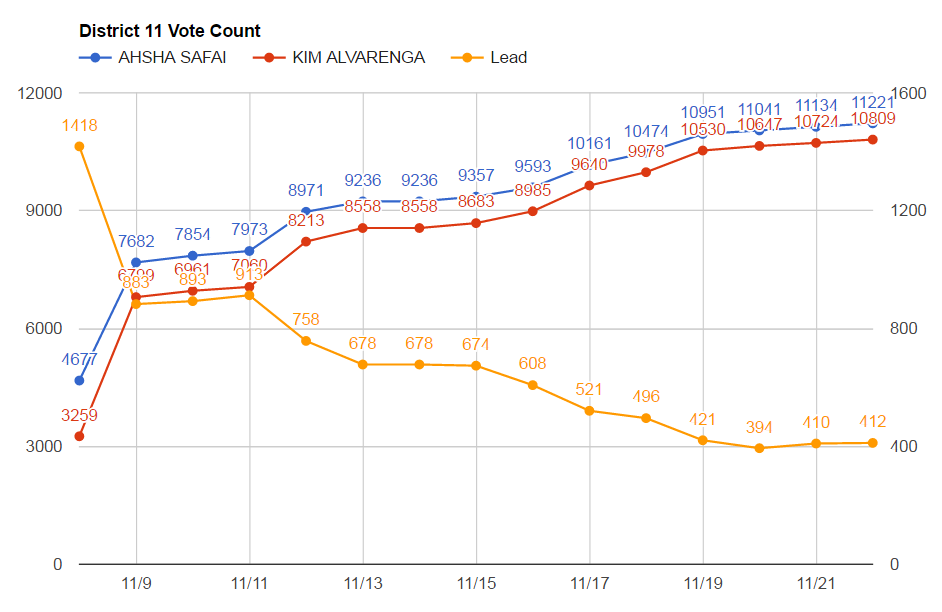 11/22 UPDATE: Soooo close! Kim Alvarenga gained even more over the weekend, getting as close as 394 votes back on Sunday. As of Tuesday, Safai's lead has inched back up to 412 votes. Sooo close!! The Chronicle mistakenly reported yesterday that there were still 1,424 votes to be counted in District 11, but that is the total number of D11 provisionals that were accepted. The Department of Elections says they counted most of those already on Saturday. It looks like there are only about 1,000 ballots left to count citywide. So barring a miracle, it looks like Alvarenga is going to come up just short. :(
11/16 UPDATE: The tl;dr version is it looks like all of the SF election results are final except the District 11 Board of Supervisors race is still too close to call! When the early absentee results were released at 8pm on election night, Ahsha Safai led Kim Alvarenga by 1,418 votes. As of today's count, that lead is down to 608! (Note that we're looking at the votes after the Ranked Choice Voting tabulations--not just first place votes. On the election results page, click on "RCV and Detailed Reports" tab to see all the nitty gritty results.)


The Department of Elections says they still need to count about 37,000 vote-by-mail ballots citywide, and 1,638 provisional ballots in District 11. It's going to be soooo close!


The Chronicle, Examiner, and Hoodline all recently covered the ongoing vote counting, but somehow none of them realized how close D11 is. The basic rule of thumb in SF vote counting is that early votes are more conservative, and late votes are more progressive. Compare the District 11 race above to the D1 race, where progressive Sandy Fewer's lead has steadily grown over the days. 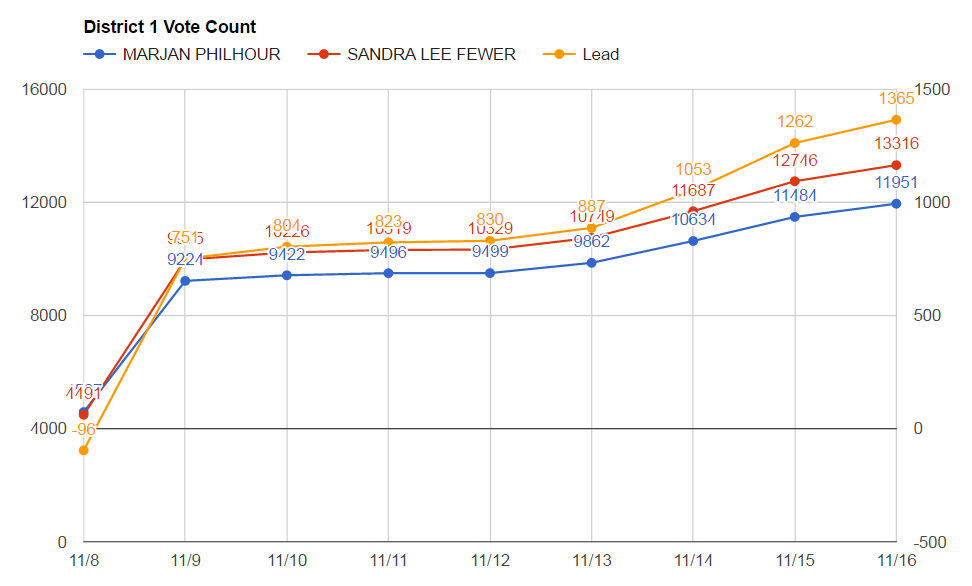 Why is it taking so long to count? It's because more and more people are dropping off their vote-by-mail ballots at their polling place on Election Day, and counting them is a labor intensive process. They will probably finish the vote-by-mail ballots by this weekend. The provisionals could take another week after that! So stay tuned, and cross your fingers for our candidate, Kim Alvarenga!


11/9 UPDATE: The Department of Elections announced this morning that they have about 114,000 votes left to count--91,000 vote-by-mail and 23,000 provisional ballots. They then counted only 3,000 of them today AND they received another 8,000 ballots in the mail! They will continue to count any ballots that are postmarked by 11/8 that they receive through next Monday. The count speed up in the next few days, and they hope to finish the vote-by-mail ballots by Tuesday. The provisional ballots could take another week.


The close races that we're keeping an eye on are the Board of Supervisors races in District 1, 5, and 11. Props D, F, O, and Q are also close, but unfortunately, it seems unlikely that any of those will flip. New results are posted every day at 4pm. By this weekend or Monday, we should know if there are any nail-biters, or if everything is decided.


Here is the link for San Francisco election results. 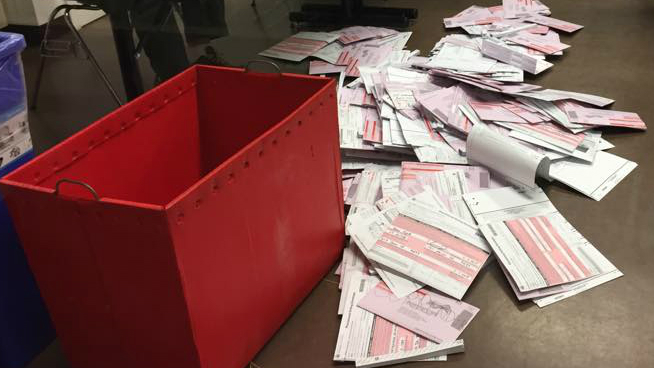 (Please don't go crazy with refreshing and kill the server for all of us!) The first results will be released around 8:45. Because these will be only early absentees, they will be CONSERVATIVE. Don't jump out a window if the results look gnarly! Order another drink, and wait for next round of results that will come around 9:45. This will have a chunk of election day results, and the movement from the first results will give us some idea of where things stand. The remaining election day results will be posted in two batches around 10:45 and maybe midnight.
IMPORTANT: None of the absentee ballots dropped off at polling places will be counted tonight! It will probably take two weeks for them all to be counted! As of yesterday, 159,747 absentee ballots have been returned. If we get near the expected 80% turnout, that means there are over 100,000 ballots that won't be counted tonight! If there are any races that are close at midnight, they are too close to call. The drama will play out every day at 4pm when the Department of Elections will release new results. Keep the faith, Pissed Off Voters, keep the faith!
Do you like this post?
Tweet