Ahsha Safai Is a Terrible Supervisor 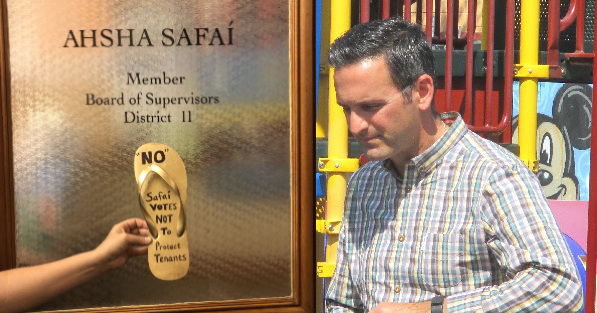 23 Reasons to Vote for John Avalos instead of Ahsha Safaí

There is no starker choice on the San Francisco ballot than District 11 for the Board of Supervisors. (Okay, maybe the Presidential election!) Back in 2016, we wrote about 9 Reasons Ahsha Safaí is shady. Unfortunately, he won (by only 413 votes), and he's been just as bad as we feared, so now we have twenty-three reasons to vote him out.

We're excited to support John Avalos, a proven leader with integrity. But because people keep asking us about Safaí, here are all the ways he's proven to be a failure, with plenty of receipts:

Safaí's COVID response has been too little, too late

Safaí has been a failure on climate change

Safaí won't stand up to for police accountability

District 11 is lucky to have a clear choice in November. Vote for John Avalos for a Supervisor who knows the district, has a track record of getting things done, and shares our values. Check out his detailed policy positions on criminal justice, government corruption, climate justice, housing affordability, and many more issues. You can also read all about our take on Avalos in our full voter guide.

We expect this race will be super close, so every vote counts. Can you help share this post and send it to everyone you know in the Excelsior, Outer Mission, and OMI?