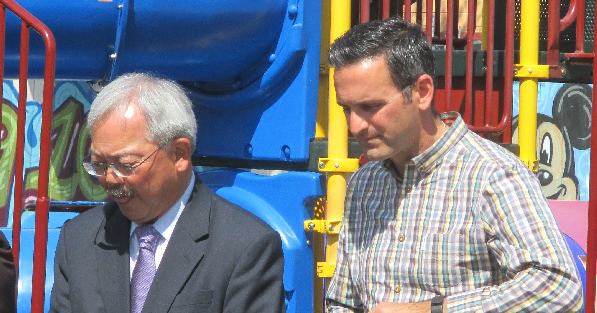 UPDATED FOR 2020: we now have twenty-three reasons Ahsha Safai is a terrible Supervisor.

There is so much shady, awful, and downright illegal shit going on in this election, we're all struggling to keep up. With Donald Trump threatening the very fabric of our democracy, misleading political commercials dominating the airwaves, and Scott Wiener spending millions trashing Jane Kim, we're concerned the critical races for the Board of Supervisors aren't getting enough attention.

The race for District 11 (the Excelsior, Outer Mission, OMI) is one of the most contested. We're 100% supporting Kimberly Alvarenga, who is awesome. The big business slates are all supporting Ahsha Safai, who is hella shady. But if you haven't been obsessively reading every local paper and blog, you wouldn't know how shady. So here is a quick summary of nine reasons why we can't let Ahsha Safai anywhere near the Board of Supervisors:

Wow, that's a lot of bullshit!

We're excited to vote for Kimberly Alvarenga, a queer Latina mom who worked in Tom Ammiano’s Assembly office, where she played a significant role in the campaign to Save CCSF, the California Domestic Worker Bill of Rights, and Seth’s Law, which protects children who are bullied in California schools. She’s currently the political director for SEIU 1021, the most progressive union in San Francisco.

We also endorsed Francisco Herrera as our #2 choice, and we've heard from some allies who are also including Berta Hernandez (a socialist who seems to share our values, but didn't respond to our questionnaire) on their ballot. With ranked choice voting, you get to vote for up to three candidates. It's fine to include Herrera and Hernandez anywhere on your ballot, but this election will come down to Alvarenga vs Safai.

That's why it's critical to vote for Kimberly Alvarenga and to leave Ahsha Safai off your ballot! Can you please help us out by sharing this and forwarding it to all your friends in the Excelsior, Outer Mission and OMI?