While the national attention is on the 2020 Democratic Primary, San Francisco has our own little election coming up November 5, 2019. The League is starting to dig into who and what is on the ballot, and you're invited to join us.

We're having a casual happy hour gathering to go over the ballot, figure out who's researching what, talk about how we do research, what our priorities are, and what we're pissed off about this year. If you're interested in helping with our research process but can't make this event, you can email us back to get involved.

Join us at one of the picnic tables in the back of Thee Parkside. It's all ages, so everyone is welcome.

Saturday: Vote for Who Represents SF in the Democratic Party

While most of us have been hibernating from local politics for the holidays, the ever active Democratic Party politicos have been busily gearing up for an election this weekend.

Voters will choose Assembly District Delegates at an obscure meeting called the Assembly District Election Meetings (ADEMs). These delegates help set the policies and priorities for the California Democratic Party. So if you’ve ever been pissed off about sellout Democrats, and you live in David Chiu’s Assembly District, you might want to show up on Saturday (10am-1pm at the Women’s Building) to vote for a bunch of rad progressives who are running against a slate of more middle-of-the-road Dems. 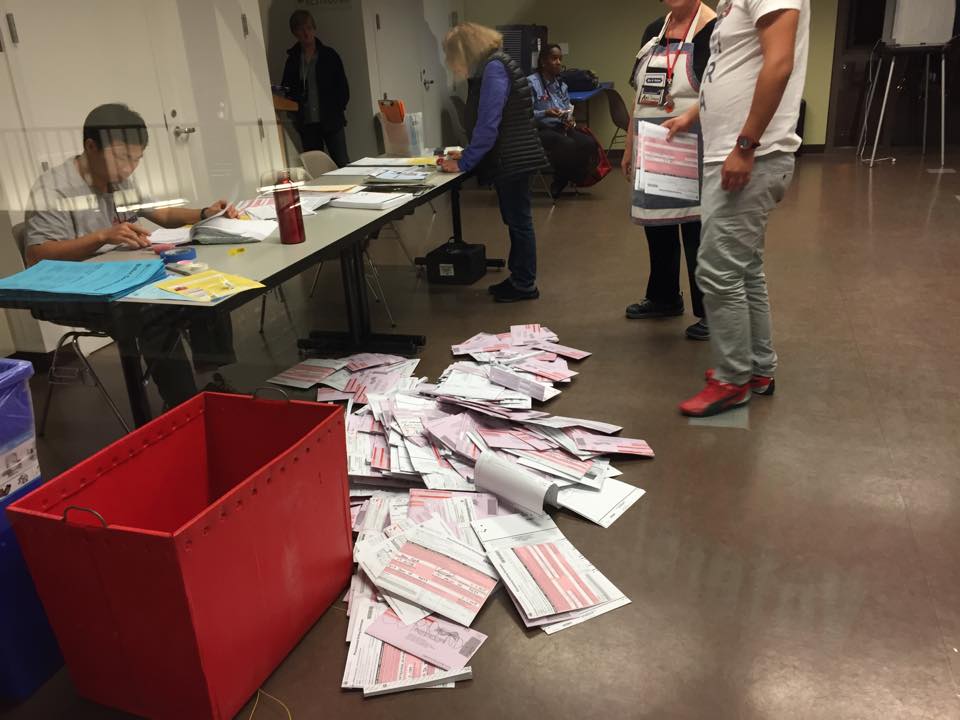 When we vote for the Board of Supervisors, a key quality we look for is leaders we trust to stand up to the corporations that want to exploit our City for profit. Christine Johnson was tested on this when she was a Planning Commissioner, and she failed. The Commission was considering regulations for AirBnB at a time when thousands of apartments were being taken off the rental market to be converted into full-time AirBnBs. We are 100% fine with people using Airbnb properly to rent out their home when they’re out of town. But we’re 100% Pissed off at people who profit off converting apartments to Airbnbs. The linchpin of the regulations to prevent that is requiring Airbnb to delete listings that aren’t registered with the city.

Johnson was appointed to the Planning Commission by Mayor Ed Lee. She originally voted to support this regulation. But after she did, the Mayor’s staff texted her, upset by her vote. This video shows how Johnson then awkwardly went back and changed her vote to oppose this crucial piece of our Airbnb regulations. (This was all documented by the Examiner and SF Weekly who obtained copies of the text message exchange depicted in our video.)

For us, that’s disqualifying. As a magnet for innovation, San Francisco also attracts some corporations and start-ups that want to exploit us for profit: our housing, our streets, our data. They want to monetize all of it, and we need leaders who will stand up for us.

That’s why we support Matt Haney for District 6 Supervisor. Read our full take on this race in our voter guide: http://www.theleaguesf.org/#d6

The League thanks the campaigns who took the time to respond to our policy questionnaire. Our qualified members will vote on endorsements on Sunday, August 12.

Board of Supervisors, District 2

Board of Supervisors, District 4

Board of Supervisors, District 6

Board of Supervisors, District 8

Board of Supervisors, District 10 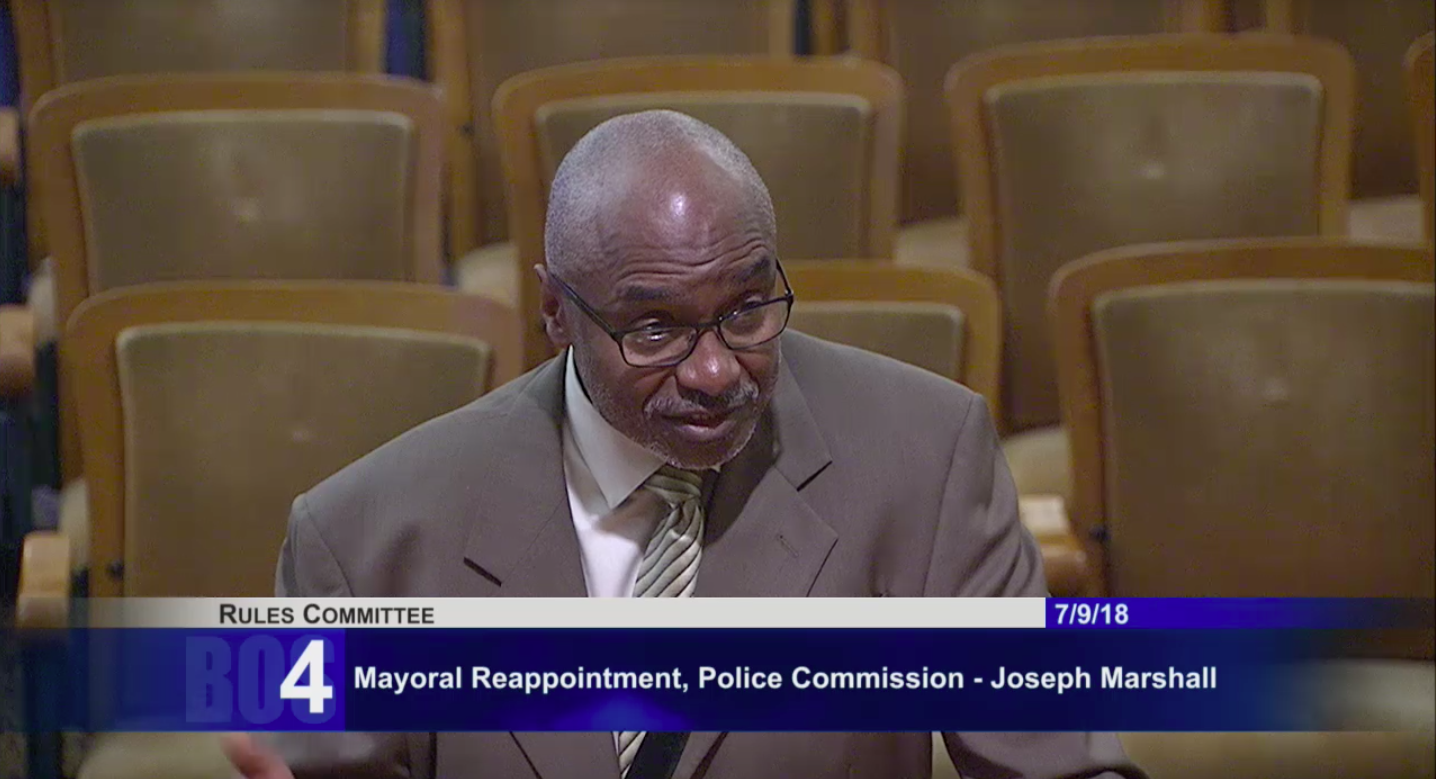 Rebecca Solnit: Why I Want Jane Kim to Be San Francisco’s Mayor

Ready for something positive and inclusive and aspirational about the SF Mayor's race? Check out this piece by Rebecca Solnit.

I want a feminist mayor.

I want a mayor who is a champion of human rights.

I want a mayor who knows what it’s like to be a woman, an immigrant, a person of color, an outsider, a newcomer, a beginner, who stands with the dreamers and the old-timers, with the vulnerable and not just the powerful.

I want a mayor who’s passionately committed to keeping this place a sanctuary city.

I want a mayor who will be everyone’s mayor. A mayor who believes that San Francisco is for all of us, poor as well as rich, the baby born last week and the person who’s lived here nine decades, not just those of us in our prime working years. I want a mayor who knows that we need dishwashers and bus drivers and schoolteachers living here. I want the mayor with plans about how to close the widening gulf between rich and poor in in this town (and Jane Kim has them).

There's no debate that Mark Leno was the most progressive member of the state Senate. Whether it was tenant protections, police reform, health care, LGBTQ rights, clean energy . . . you name it, Leno was on the right side. But Leno's super power is his ability to push the envelope on progressive policies while also earning the respect of everyone in the room and charming the pants off his fellow Senators! Check out this video of a bunch of stuffy state Senators gushing about how great Mark is! Drinking game: drink every time they talk about Mark's "grace!" Share this with your more moderate/less firey friends to show them they can feel safe voting for Leno. ;) Wouldn't it be great to have a Mayor who shares our values AND builds political bridges? That's why we're excited to vote for both Jane Kim and Mark Leno. See our voter guide for our full take.

P.S. Did you notice what a sausage fest this video is? Fun fact: there are currently only nine women in California's 40-member state Senate! :/

KALW asked London Breed about the San Francisco Tenants Union's criticism of her record, and it didn't go well. Breed said the SFTU lied when they said she did not support 2014's Prop G, the anti-speculation tax. But then she says she did not take a position. Isn't "not supporting" the same thing as "not taking a position?" That's not a lie. The Tenants Union asked Breed to support Prop G, but she refused to. We were super excited about Prop G to discourage speculators from buying up apartment buildings to evict the tenants and flip the property for a big profit. Unfortunately it lost 46% to 54% after the National Realtors Association parachuted with $2 million against it. Breed could've made a difference on it.

Then Breed said she voted for the ordinance regulating tenant buyouts. But the Board of Supervisors website (page 15) and press reports clearly show she voted against it! We join with the Tenants Union in supporting Jane Kim and Mark Leno as the best choices to protect tenants as our next Mayor.

See our voter guide for our full take on everything on the ballot.